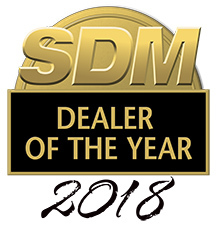 Prestonsburg, KY (December 18, 2018) – ABCO Security today announced that it is SDM Magazine’s 2018 Dealer of the Year. SDM, the leading security publication in the US tapped ABCO, a Bates Security company, among over 12,000 security dealerships nationwide. The Dealer of the Year Award recognizes leading innovation, industry best practices, and notable growth and accomplishments in the security dealer industry.

“In our industry, this award is like winning the Superbowl,” observed ABCO General Manager, Tim Welch. “What’s more, we are the first Kentucky company to win this award and by far the smallest company to win in the last decade. Last year’s winner was a $4 billion company with 18,000 employees. That’s really gratifying for a smaller business like ours,” Welch added. 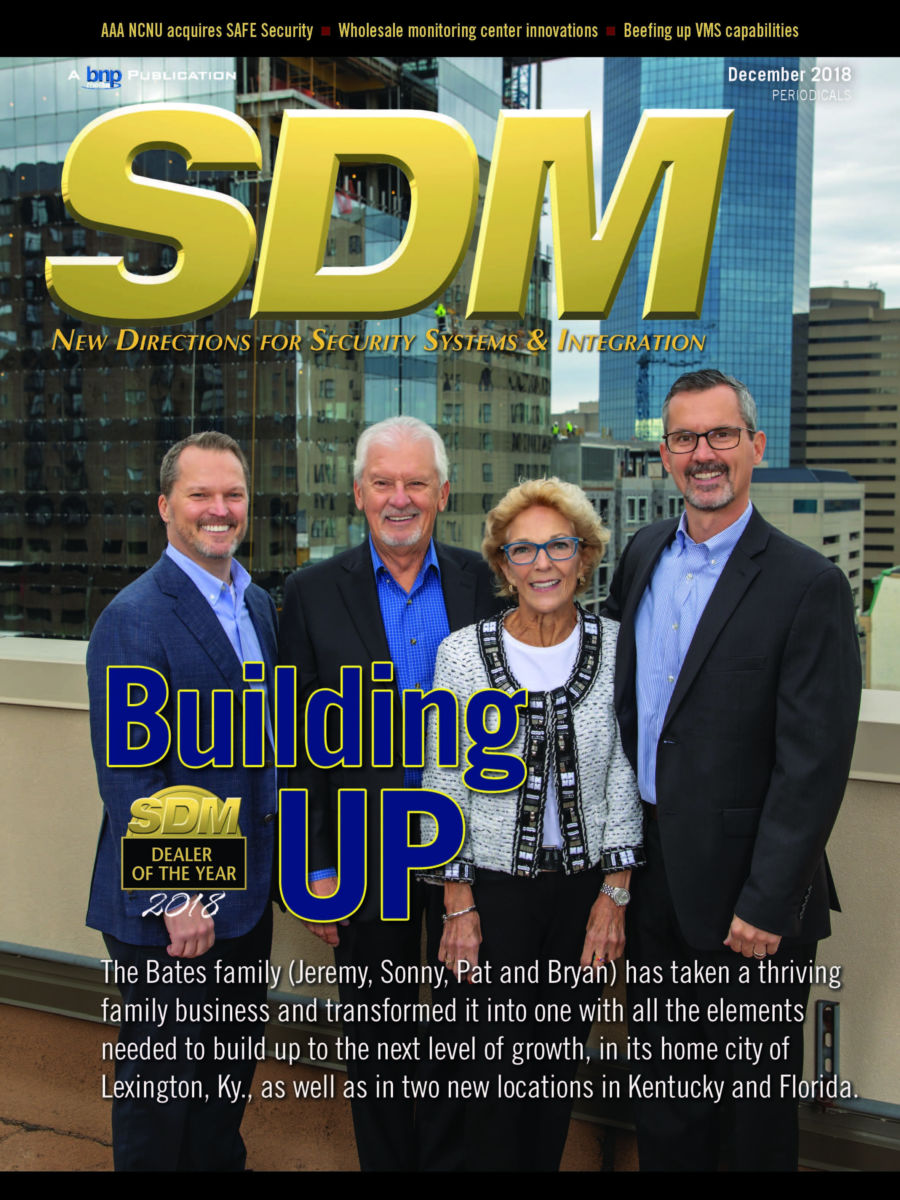 Jeremy Bates and his brother, Bryan, followed their parents, Sonny and Pat Bates, in running Bates Security and Sonitrol of Lexington, established in 1984, that today boasts annual revenues of nearly $15MM and over 90 employees. Bates growth over the last decade has been both organic and through acquisition, one of which being ABCO Security from Robert Welch earlier this year. The company has a strong presence in Kentucky, with over 10,000 households and major commercial and government clients. The company has grown into Northern Kentucky, has made two acquisitions in Eastern Kentucky and has a growing division in Jacksonville, Florida.

Growth has been assisted by both innovation and customer service. Former Police Chief and Public Safety Commissioner for Lexington Ronnie Bastin noted, “Their founder Sonny was a policeman himself. They understand police priorities and have earned our trust. A good example is their audio verified detection systems, which eliminate most false alarms let us know exactly what’s going on at a site before we get there.”

Throughout the last decade of dynamic growth, ABCO Security has been able to keep customer service a top priority. The company’s mission statement is simple “Do What’s Right for the Customer,” and that is demonstrated in several ways. Every new technology or product is tested at ABCO headquarters first before being deployed with customers. ABCO has also established its own customized field service training regimen and unlike most providers they often deal with customers directly in addition to relying on a central station.

Bates Security President, Jeremy Bates, summed up the national award and recognition this way, “This award recognizes the quality of our people and over 30 years of putting the customer first. And wherever we operate we’re a local business.”